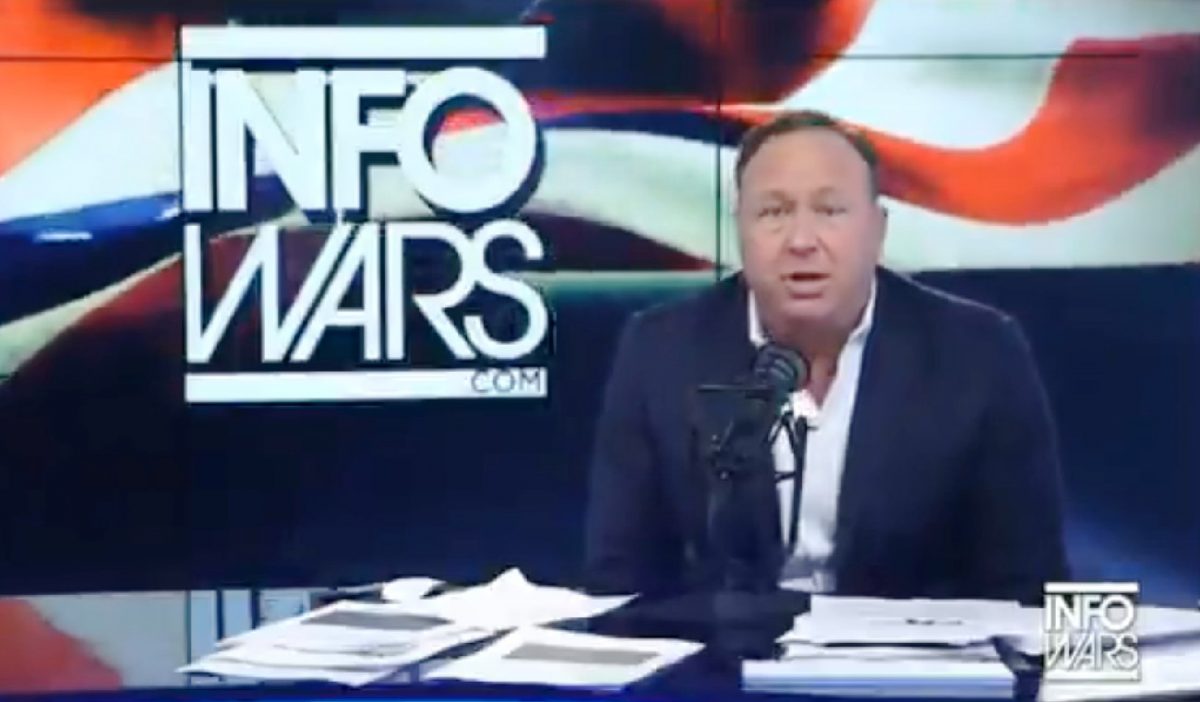 Spotify has taken down some episodes of Alex Jones‘ show after public outcry that they would be giving him a platform in the first place.

In the past few days, there’s been public pressure on Spotify to take down the InfoWars conspiracy theorist’s podcast, and now they have taken some action.

“We take reports of hate content seriously and review any podcast episode or song that is flagged by our community,” a Spotify spokesperson told Recode. “Spotify can confirm it has removed specific episodes of ‘The Alex Jones Show’ podcast for violating our hate content policy.”

Jones recently got a Facebook suspension, and he’s also in the news today regarding the ongoing defamation lawsuit against him by Sandy Hook families.