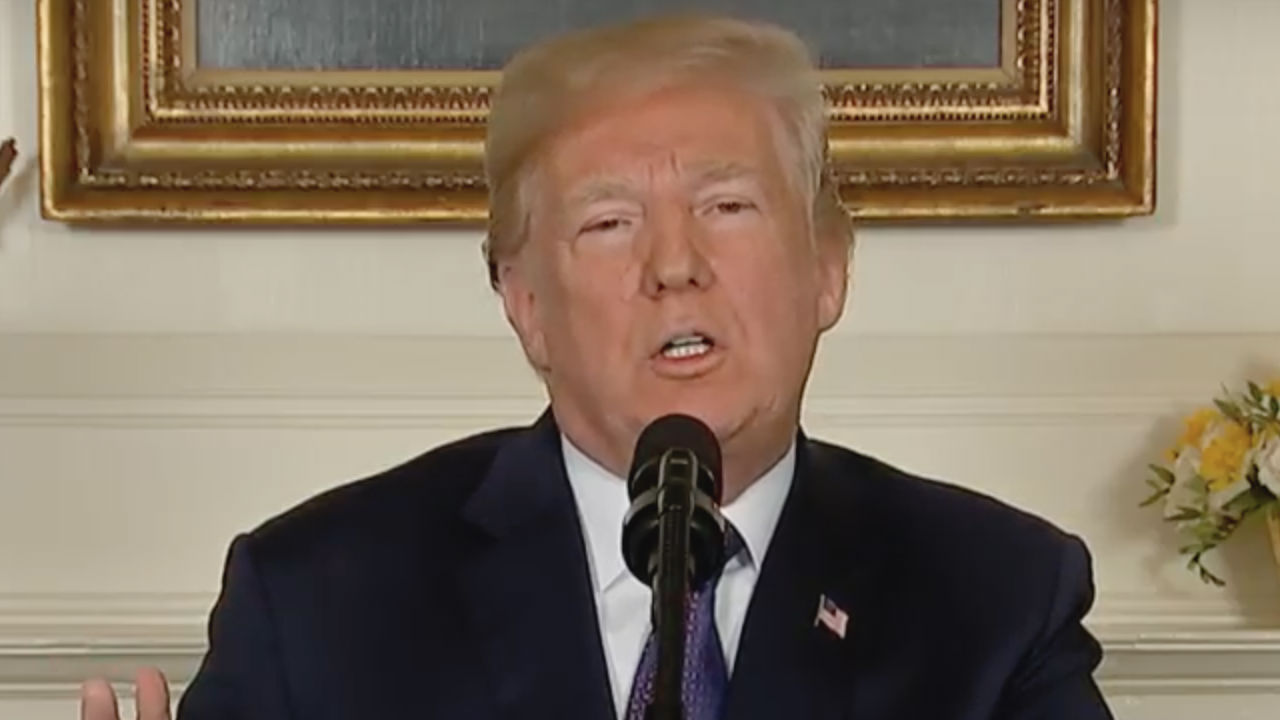 President Donald Trump is jumping into NBC-Harvey Weinstein controversy by suggesting that he might revoke the network’s broadcasting license because of the scandal.

NBC FAKE NEWS, which is under intense scrutiny over their killing the Harvey Weinstein story, is now fumbling around making excuses for their probably highly unethical conduct. I have long criticized NBC and their journalistic standards-worse than even CNN. Look at their license?

Trump’s tweet comes amid the news that Rich McHugh, a former producer at NBC News, left the network while claiming that they killed Ronan Farrow‘s bombshell reporting on Weinstein’s sexual misconduct throughout the years. NBC News Chairman Andy Lack has been trying to defend his network’s handling of the Weinstein allegations in various statements, though Farrow is firing back and saying NBC tried to block him from moving forward with what he uncovered about the disgraced film producer.