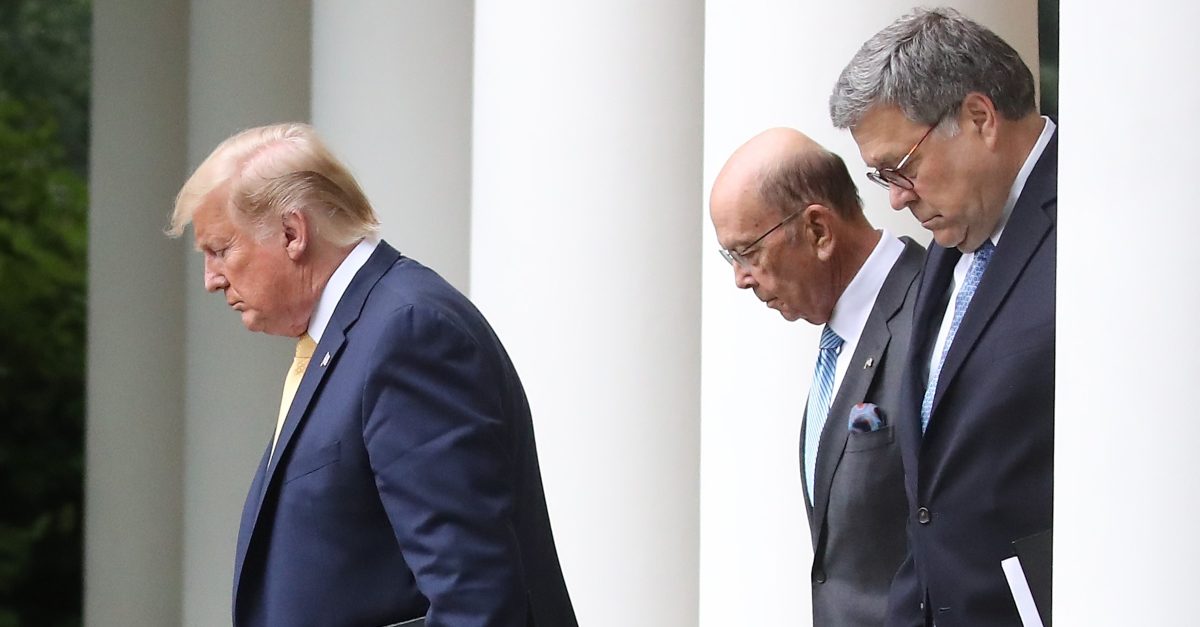 Days after reviewing the Mueller Report, Attorney General William Barr prepared a summary of its findings which was quite charitable to President Donald Trump. The president, according to a new report, was hoping to get some similar help from Barr with the controversy stemming from the call with Ukraine leader Volodymyr Zelensky. But this time, the attorney general did not come to Trump’s aid.

The Washington Post reports that Trump wanted Barr to hold a news conference and state that the president hadn’t broken any laws during his conversation with Ukraine’s leader. Barr, however, wouldn’t acquiesce.

Moreover, Trump has not forgotten Barr’s decision not to hold the presser — with Trump advisers telling the Post that the president has said that he wished the attorney general would have gone forward with the briefing.

The Post reports that Trump and Barr are still on “good terms,” despite the attorney general’s refusal to hold the news conference. And a senior administration official told the paper that Trump publicly and privately praised Barr on Wednesday.