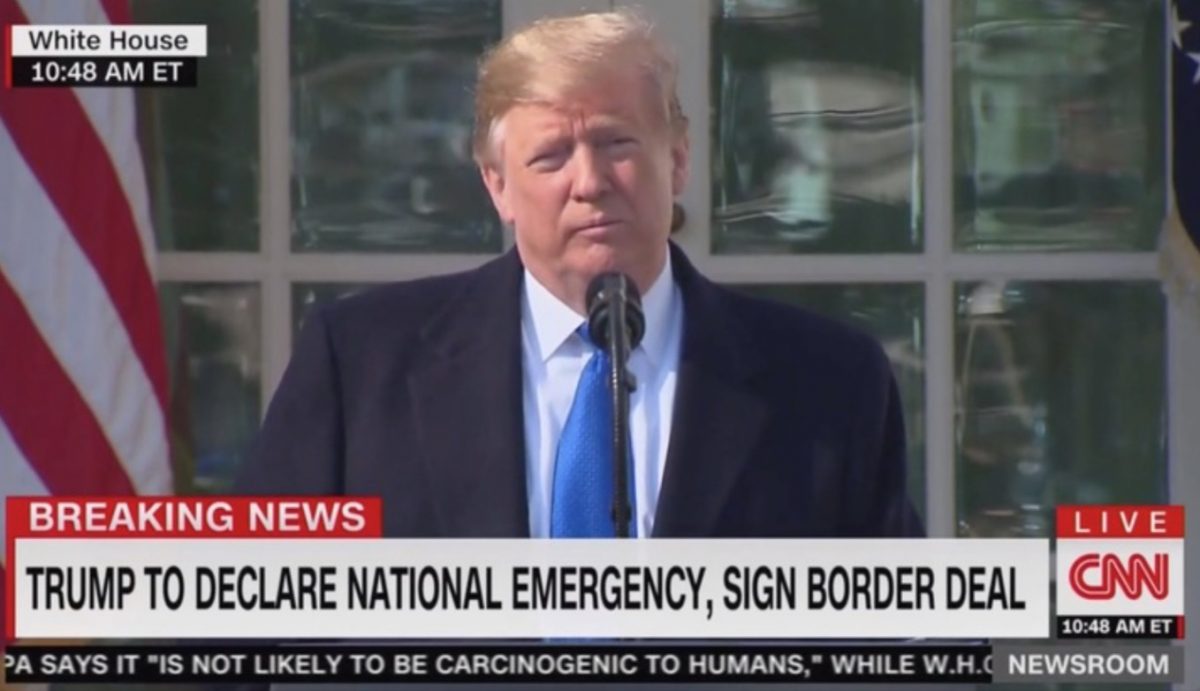 The House Judiciary Committee has announced an investigation into President Donald Trump‘s declaration of a national emergency on the border.

In a letter, the committee led by Jerrold Nadler announces an “immediate investigation” and says it “raises both serious constitutional and statutory issues.” They request that the White House make all those involved in the crafting of the decision available for a forthcoming hearing.

“We believe your declaration of an emergency shows a reckless disregard for the separation of powers and your own responsibilities under our constitutional system,” the letter continues.

It also takes note of the president’s rather blatant admission that “I didn’t need to do this” in today’s press conference.