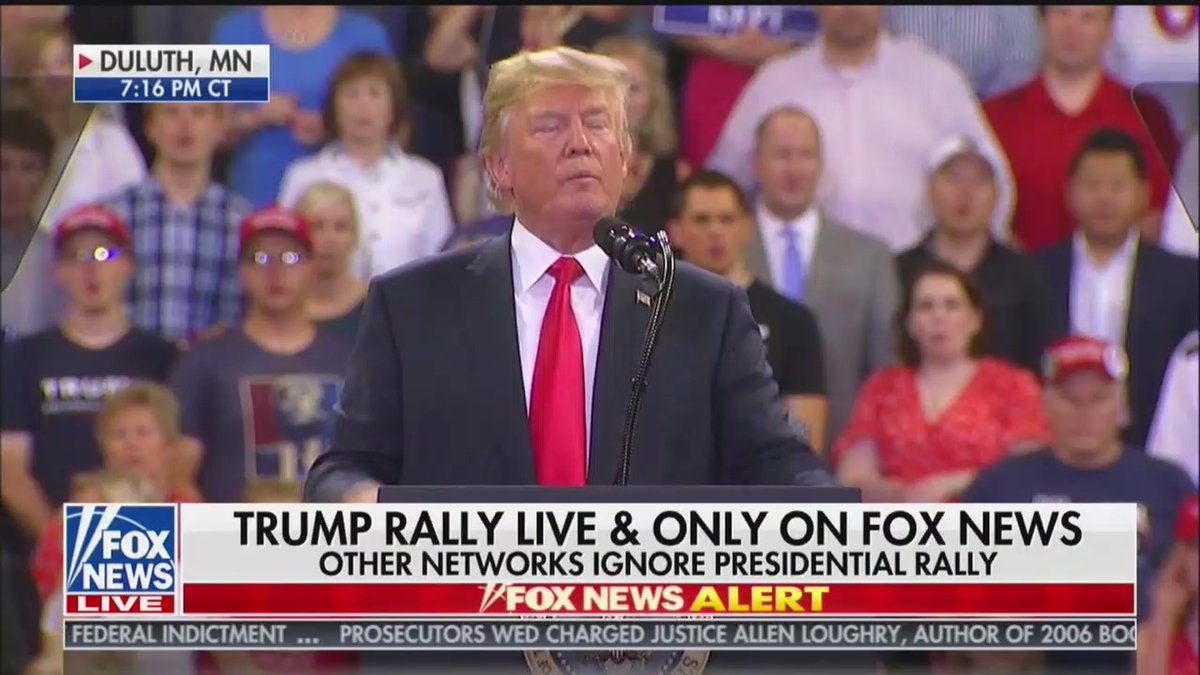 According to a new report, White House officials want to “look into” Fox News because the network no longer airs Donald Trump‘s campaign rallies to completion.

Politico spoke to White House sources and people close to Trump who say they are concerned about declining coverage because of Fox’s editorial decision. One source said it could “create a problem” for Trump if the president gets displeased over this, and the source also called it a “huge loss on the state and local level for Republicans because they’re certainly not going to get any of that on other cable networks.”

One senior White House official was unsure why the network would decide to cut away from presidential rallies, saying officials planned “to look into that” and wouldn’t be surprised if White House communications director Bill Shine, a former Fox News executive, was in touch with former colleagues about the trend.

Even though Fox provides online livestreams for all the president’s rallies, cable news junkies might have noticed that they cut away from his appearances midway more often recently — or don’t air them at all. Politico connected this to viewership ratings, saying Trump’s TV audience has dipped to the point where they’re on par with Fox’s regular programming, and airing his rallies all the way through without commercials takes away from their prime-time advertising space.