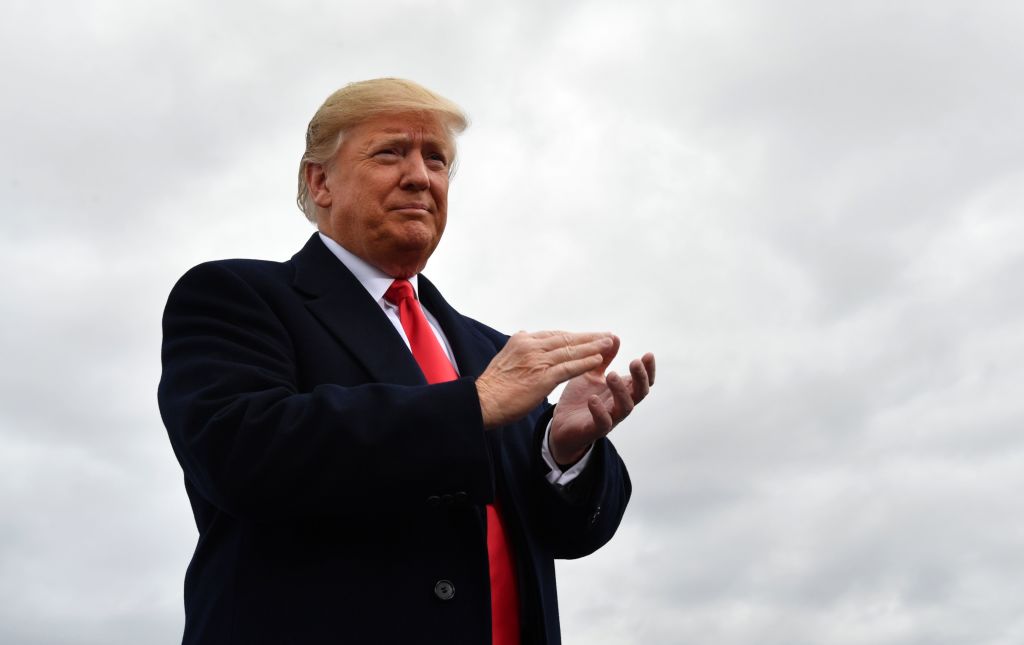 President Donald Trump went on an extensive tweetstorm on Wednesday, which included retweeting a meme calling for his political opponents — and current attorney general — to be thrown in jail. 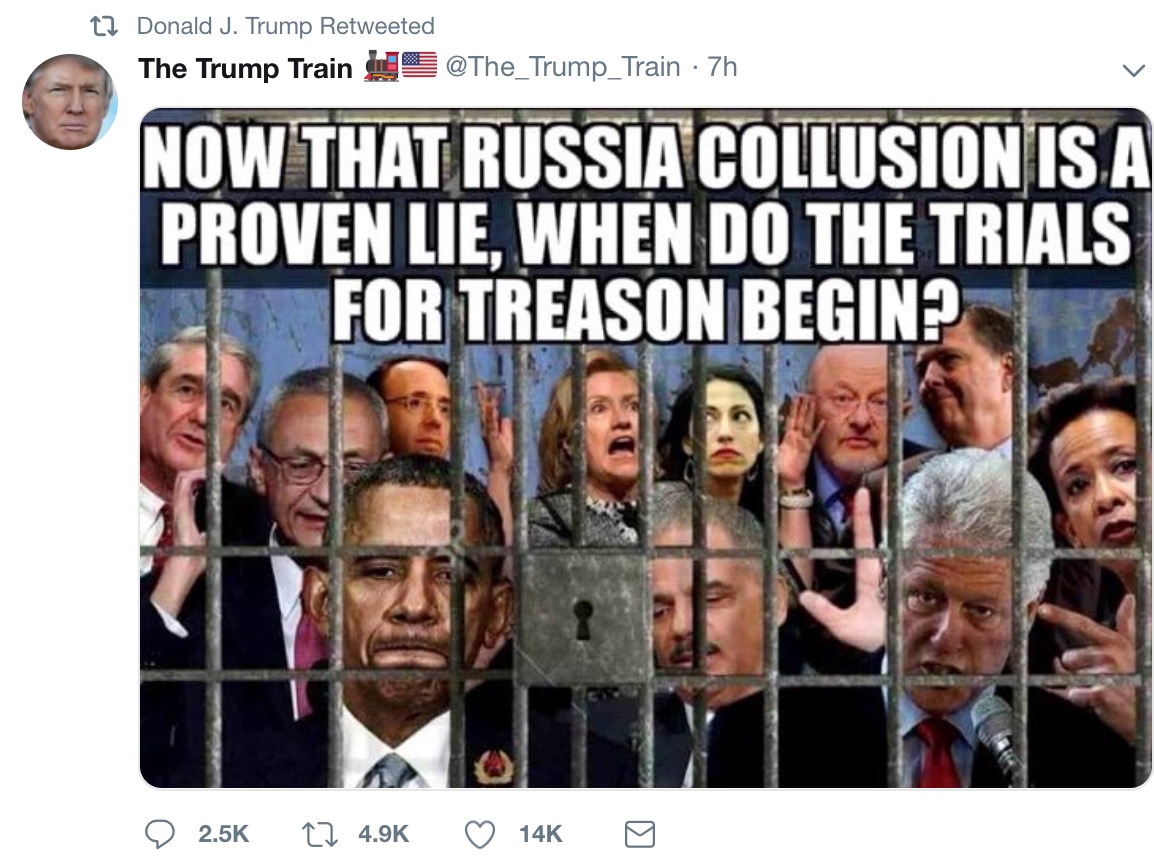 Trump has ripped into Mueller several times this week, and today, he compared the Russia special counsel investigation to the Joe McCarthy-era Red Scare.