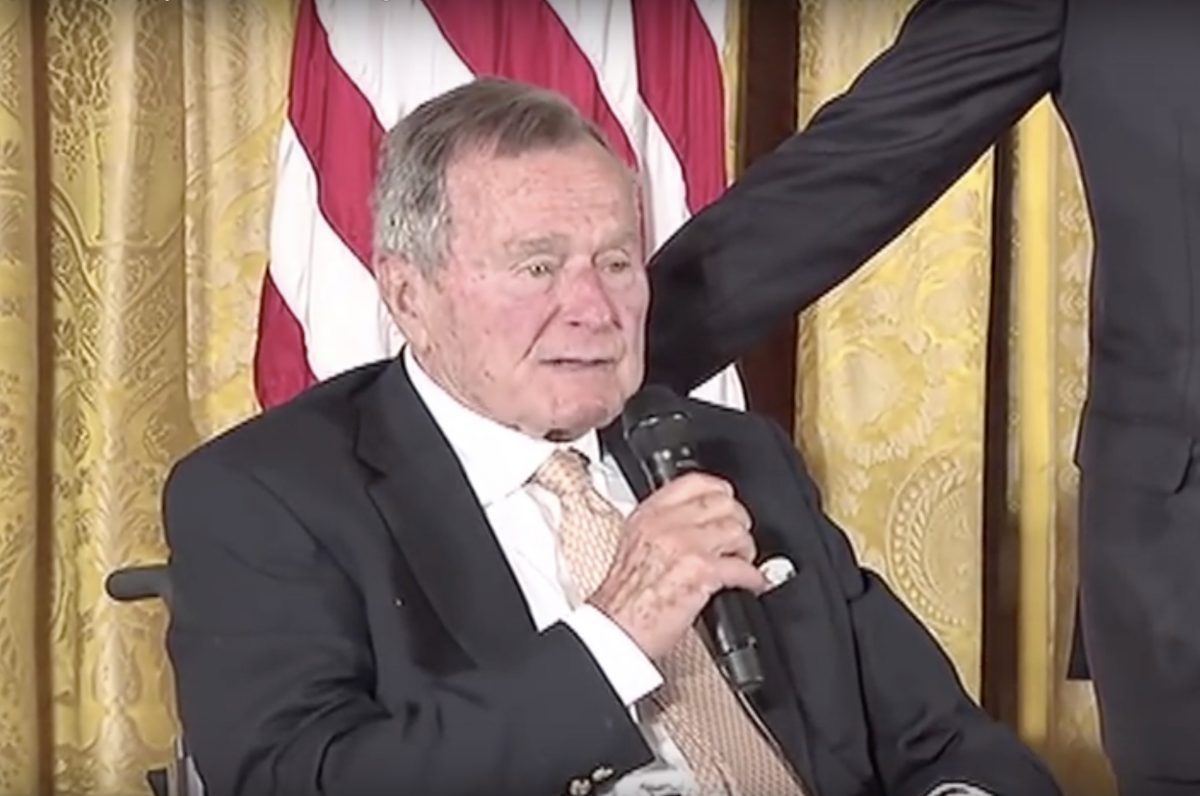 Shortly after the Bush family announced the passing of former president George H.W. Bush, the Obamas marked the passing of Bush 41 with a heartfelt tribute to the man they called a “patriot and humble servant.”

“America has lost a patriot and humble servant in George Herbert Walker Bush,” Barack and Michelle Obama wrote in a joint statement. “While our hearts are heavy today, they are also filled with gratitude. Not merely for the years he spent as our forty-first President, but for the more than 70 years he spent in devoted service to the country he loved – from a decorated Naval aviator who nearly gave his life in World War II, to Commander-in-Chief of our Armed Forces, with plenty of posts along the way. Ambassador to the United Nations. Director of Central Intelligence. U.S. Envoy to China. Vice President of the United States.”

The Obamas also spoke of Bush 41’s marriage to Barbara Bush and the example they set as two points of lights igniting others.

“After seventy-three years of marriage, George and Barbara Bush are together again now, two points of light that never dimmed, two points of light that ignited countless others with their example,” the statement continued on, before lauding Bush’s story as “a testament to the qualities that make this country great. Service to others. Commitment to leaving behind something better. Sacrifice in the name of lifting this country closer to its founding ideals.”

America has lost a patriot and humble servant in George Herbert Walker Bush. While our hearts are heavy today, they are also filled with gratitude. Our thoughts are with the entire Bush family tonight – and all who were inspired by George and Barbara’s example. pic.twitter.com/g9OUPu2pjY