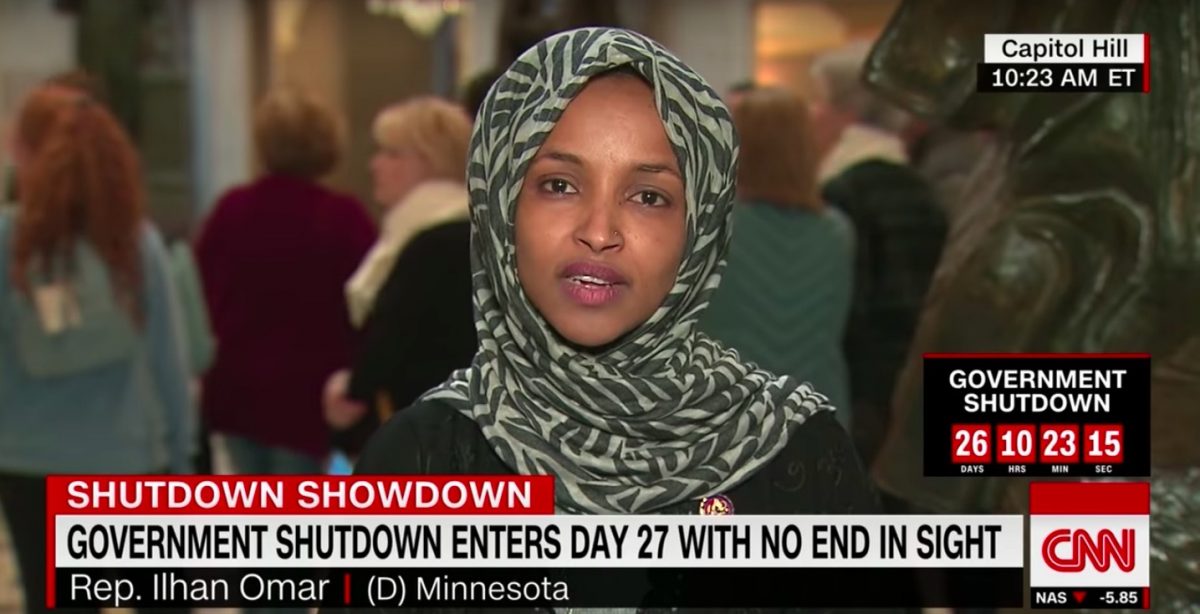 In a new interview with The Intercept, Rep. Ilhan Omar said she does not recognize Juan Guaido as Venezuela’s interim president, defying leaders in her party. Guaido has been recognized by the United States and other countries as president in opposition to Nicolas Maduro‘s regime.

“So, what do you want to see happen in Venezuela? Do you have a solution, a preferred option of what should happen,” The Intercept’s Mehdi Hasan asked.

“Well the constitution of Venezuela says that there needs to be an election called within 30 days and we’re waiting for that to happen. What we should be involved in is having diplomatic conversations and bringing people to the table and being a partner in facilitating that,” Omar said, adding “we are threatening, we are threatening intervention” and “sending humanitarian aid that is in the guise of, you know, eventually invading this country and the people of the country don’t want us there.”

When asked if she recognizes the opposition as the leader, Omar, who sits on the House Foreign Affairs Committee, said, “Absolutely not.”

Omar had a fiery exchange with Venezuela Envoy Elliott Abrams earlier this month ,when he was testifying to the Foreign Affairs Committee, after she brought up his history of lying to Congress.

“If I can respond to that,” Abrams interjected.

“It wasn’t a question,” Omar said.

“I reserve the right to my time,” Omar continued.