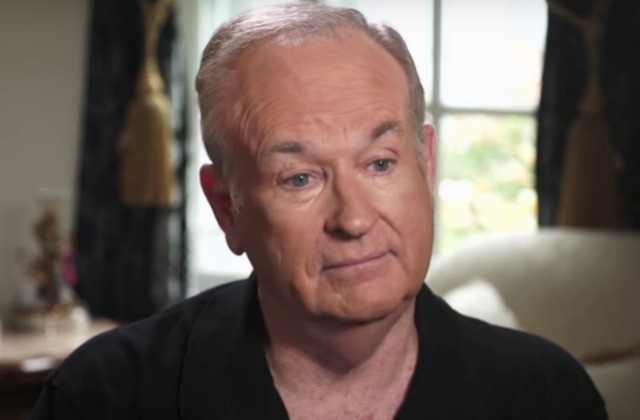 Earlier this week, Panter went public to allege that not only did O’Reilly sexually harass his ex, but that he asked for dirt on another woman accusing him.

O’Reilly’s attorney said in a statement to Mediaite last night, “Panter’s post is completely contrived, false and defamatory, aimed at hurting Bill O’Reilly and his family. Mr. O’Reilly will be commencing legal action against Mr. Panter, and the ex-partner he quotes, for all damages he and his family have suffered from this improper conduct.”

In a statement obtained by Mediaite, Panter said this in response:

“I am speaking the truth, and expect my account to be fully corroborated.

His actions give me a small sense of what victims must feel when speaking up against powerful men, and why more men hesitate to do so.

After discussing this matter with a leading firm, I believe there is a strong basis to bring defamation claims against Mr. O’Reilly.

Since I am not seeking personal gain, any recovery would be devoted to groups supporting victims of sexual harassment and abuse.

It is my hope that course of action will not be necessary, and these matters can be more amicably resolved.”